What is Psoriatic arthritis PsA ? 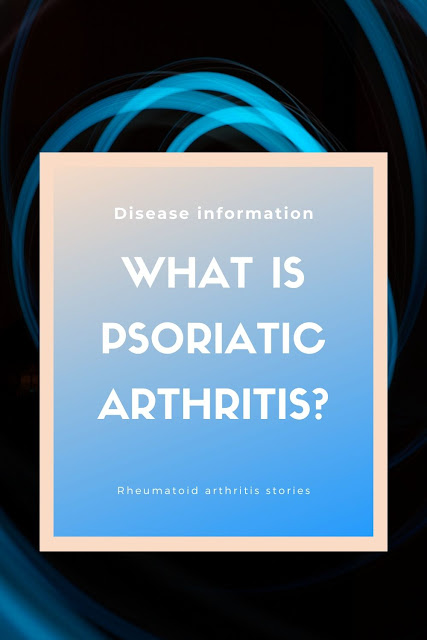 Psoriatic arthritis, also called PsA, is an autoimmune condition that causes inflammation in the joints but can also affect other parts of the body. It can lead to permanent joint damage and other ongoing problems.

Psoriatic arthritis is a form of arthritis that affects a percentage of people who have psoriasis.  Psoriasis is a skin disease that causes a red, scaly rash, on different areas including the hands and feet, elbows, knees and ankles.

Treatments
Medical treatments for psoriatic arthritis include:
The Arthritis Foundation has many helpful tips:

Eating anti-inflammatory foods: A healthy, balanced diet rich in fresh fruits and vegetables and low in sugar, fat and salt.

Email ThisBlogThis!Share to TwitterShare to FacebookShare to Pinterest
Labels: Types of arthritis

Research results will give rise to new drugs for rheumatoid arthritis. 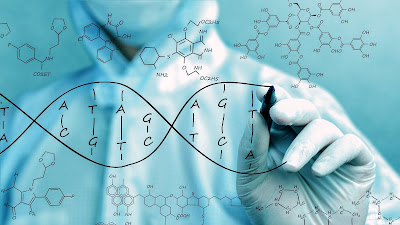 Endogenous proteins that play a vital part in allergies and parasitic infection can prevent the immune system from wrongly attacking the body and causing inflamed joints, a new study reports.

The researchers hope that the results will give rise to new drugs for rheumatoid arthritis.


"I have high hopes that the experimental use of CRISPR will be hugely important to our understanding of how immune-cell behaviour is regulated, and that this can guide us in the development of new efficacious drugs."  says Dr Wermeling assistant professor at the Department of Medicine, Karolinska Institutet (Solna).

Turmeric For Rheumatoid Arthritis: Does It Work? 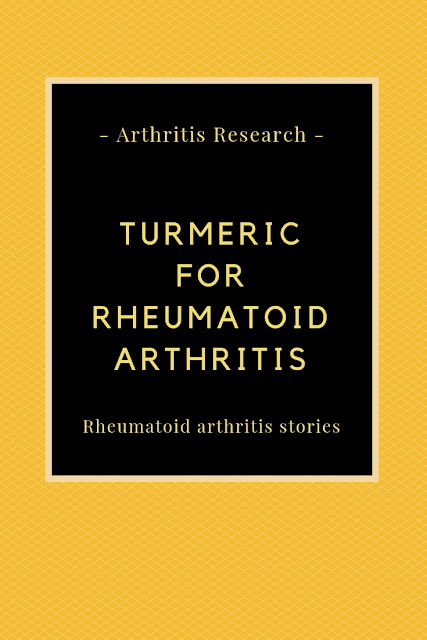 Some research suggests that turmeric may help alleviate the inflammatory symptoms of rheumatoid arthritis. The spice affords several benefits such as anti-inflammatory functions provided by its main component curcumin.

It is a spice that contains anti-inflammatory properties. Otherwise known as Curcuma longa, the bright yellow or orange spice is also the main component in traditional medicine such as Ayurveda. The latter treats skin diseases, stomach problems, blood disorders, cough, mild infections and liver conditions.
According to a review article published in the US National Library of Medicine, turmeric is rich in curcumin that has an antioxidant effect, lowers blood sugar, is anti-inflammatory and affords anticancer benefits. Since rheumatoid arthritis is an autoimmune disease that mistakenly attacks healthy joint tissue, patients experience inflammation that leads to bone and joint damage. The anti-inflammatory properties of turmeric could alleviate its symptoms.
Curcumin
In a 2016 systematic review, researchers measured the effectiveness of turmeric and curcumin extracts on arthritis patients. Those who took 1,000 milligrams of curcumin daily for eight to 12 weeks reduced their pain sensations and inflammation which are common symptoms of osteoarthritis.
Researchers found that curcumin extracts are effective in treating these symptoms by recommending patients to take nonsteroidal anti-inflammatory drugs (NSAIDs) such as ibuprofen and diclofenac. They, however, noted that there is a need for further research to confirm their findings. Nevertheless, they recommended that arthritis patients may use curcumin as a dietary supplement while undergoing conventional therapy.


A subsequent study looked into the effects of curcumin on rats with rheumatoid arthritis. Researchers determined that the component reduced inflammation and redness among the lab rats by blocking an intercellular signaling process called mTOR pathway.
Read full article by Leian Naduma at Medical Daily

Vagus nerve stimulation may reduce the symptoms of rheumatoid arthritis

Electrostimulation of the vagus nerve may be key to reducing the symptoms of rheumatoid arthritis, according to findings that scientists presented at the Annual European Congress of Rheumatology in Madrid, Spain. 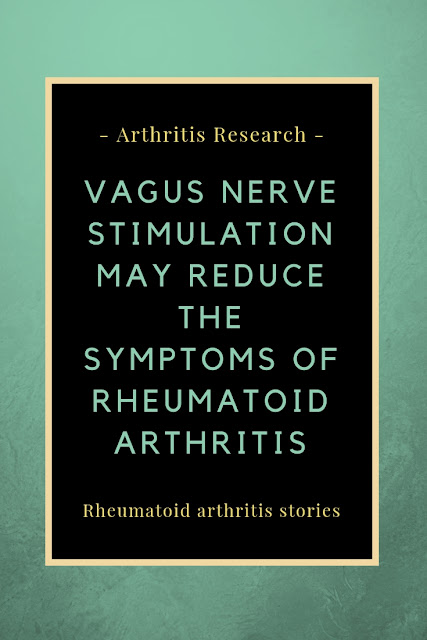 This research gives hope that there may be a new way to help treat this autoimmune condition.
The vagus nerve, which is a very long nerve that runs between the brain and the neck, chest, and abdomen, is a complex structure.
Previous research has found an inflammatory reflex in the vagus nerve that reduces the production of cytokines, including certain molecules that are a component of autoimmune conditions. These molecules are called tumor necrosis factor (TNF).
The immune systems of healthy people block TNF, but in those with certain autoimmune conditions, excess TNF makes its way into the bloodstream and causes inflammation and a higher rate of symptoms associated with the conditions.
TNF is a target in many rheumatoid arthritis (RA) drugs, such as infliximab(Remicade) or etanercept (Enbrel). Many people call these drugs TNF-blockers.
The researchers thought that if they could boost this naturally occurring reflex in the vagus nerve, it might have a similar result — or one that was even better, as drugs that aim for TNF also suppress the immune system and have other unwelcome side effects.
"This is a really exciting development," says Prof. Thomas Dörner, Chairperson of the Scientific Programme Committee at the Annual European Congress of Rheumatology, which this year takes place in Madrid, Spain.
"For many [people living with] RA, current treatments don't work, or aren't tolerated. These results open the door to a novel approach to treating not only RA but other chronic inflammatory diseases. This is certainly an area for further study," adds Prof. Dörner.
Small neurostimulator led to big findings
The researchers implanted a small neurostimulator, called a MicrioRegulator, into 14 people with RA. To qualify for the study, each person had tried at least two medications that worked in different ways but that hadn't helped reduce their symptoms.
The scientists then divided the participants into three groups: a placebo group, a group that had vagus stimulation once per day, and a group that had vagus stimulation four times per day.
The study, which took place over 12 weeks, revealed that those in the once-per-day group had a much better result, symptom-wise, than those in the other two groups — including those that had stimulation four times each day.
Both stimulation groups also had a distinct reduction of more than 30% in their cytokine levels during the course of the study.
What does the future hold?
Although surgically implanting small neurostimulators into every person with RA is probably not feasible, reasonable, or required, this study does shine a light on potential therapy that can help those who do not respond well to traditional medications for the condition.
The findings of this research will also pave the way for future studies.
"Our pilot study suggests this novel MicroRegulator device is well tolerated and reduces signs and symptoms of [RA]," says Dr. Mark Genovese, the James W. Raitt Endowed Professor of Medicine at Stanford University in California.
Read the full article by Monica Beyer at MEDICAL NEWS TODAY
at 1:09 AM No comments:

Could relief for rheumatoid arthritis (RA) symptoms be as close as the nearest seafood restaurant? Possibly, say researchers from Harvard. 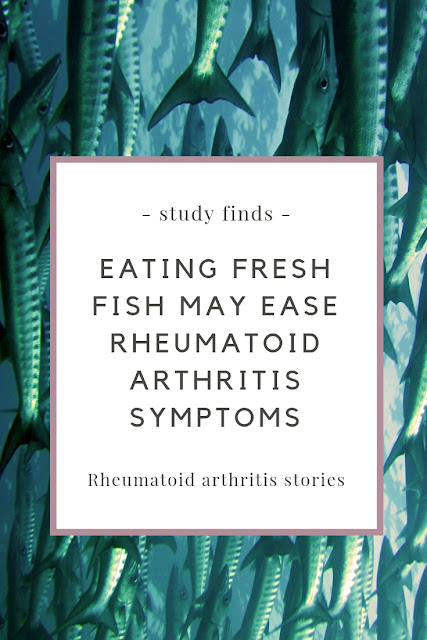 Sara Tedeschi, MD, a rheumatologist at Brigham and Women’s Hospital in Boston and the study’s lead author, says researchers assessed 76 patients with moderate RA who were part of a larger heart disease study. A questionnaire looked at their diets over the past year and asked how frequently they ate fish.

As with fish oil supplements, the benefits of eating fresh fish are thought to stem from the anti-inflammatory effects of omega-3 fatty acids.
“We found people with RA who ate fish at least twice a week reported less joint swelling and tenderness than those who rarely or never consumed fish,” Dr. Tedeschi says. 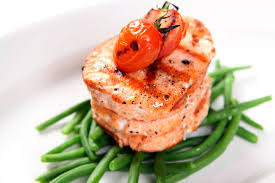 Milk and beef may be a trigger for developing rheumatoid arthritis 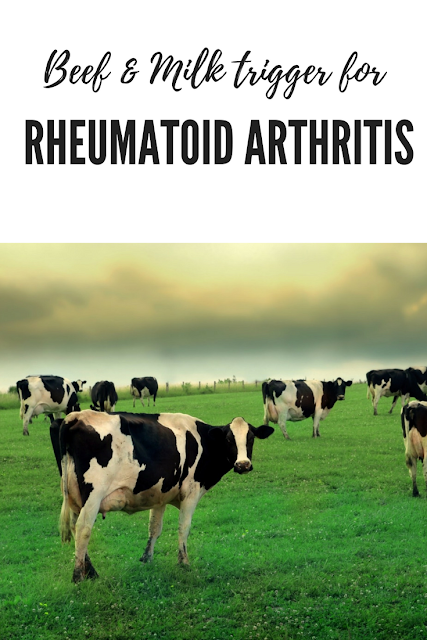 A new study has found that a strain of bacteria that is often in milk and beef may be a trigger for developing rheumatoid arthritis.

WHERE: University of Central Florida, USA.

WHEN: Study published in the Frontiers in Cellular and Infection Microbiology in January 2018

WHAT: Researchers have found a connection between rheumatoid arthritis and Mycobacterium avium subspecies paratuberculosis, (MAP), a bacteria found in about half the cows in the United States. MAP may be a trigger for those who are genetically at risk for developing rheumatoid arthritis (RA).


“We don’t know the cause of rheumatoid arthritis, so we’re excited that we have found this association,” Bég said. “But there is still a long way to go."

“Understanding the role of MAP in rheumatoid arthritis means the disease could be treated more effectively,” Dr. Naser said. “Ultimately, we may be able to administer a combined treatment to target both inflammation and bacterial infection.”

MY QUESTIONS and OPINION:


Read the full article at the University of Central Florida site 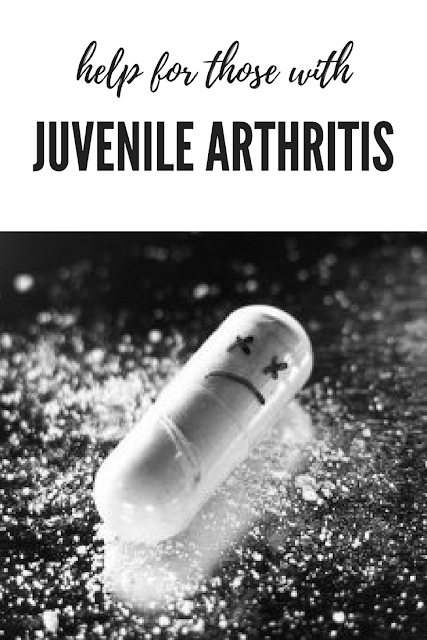 Around one-third of patients with juvenile idiopathic arthritis fail to respond to MTX or TNF therapy. Even fewer achieve the American College of Rheumatology Pediatric 70% criteria for response.

In this new research, printed in The Journal of Rheumatology in January 2018, the researchers evaluated whether measuring blood levels of the protein S100A12 could be a suitable predictor for treatment outcomes in JIA patients.


Because change in serum S100-protein myeloid-related protein complex 8/14 (MRP8/14) is associated with therapeutic response, we tested granulocyte-specific S100-protein S100A12 as a potential biomarker for treatment response.

Methods
S100A12 serum concentration was determined by ELISA in 163 patients treated with MTX or anti-TNF at baseline and follow up. Treatment response achievement of inactive disease, and improvement in Juvenile Arthritis Disease Activity Score were recorded. ELISA is enzyme-linked immunosorbent assay - a test that uses antibodies and color change to identify a substance.

Results
Researchers found that when compared to non-responders, patients who responded to the administrated therapies had significantly higher baseline levels of blood S100A12.

Conclusion
People who will respond to MTX or anti-TNF treatment can be identified by pre-treatment S100A12 serum concentration levels. 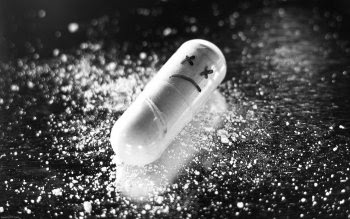 
S100A12 Is Associated with Response to Therapy in Juvenile Idiopathic Arthritis 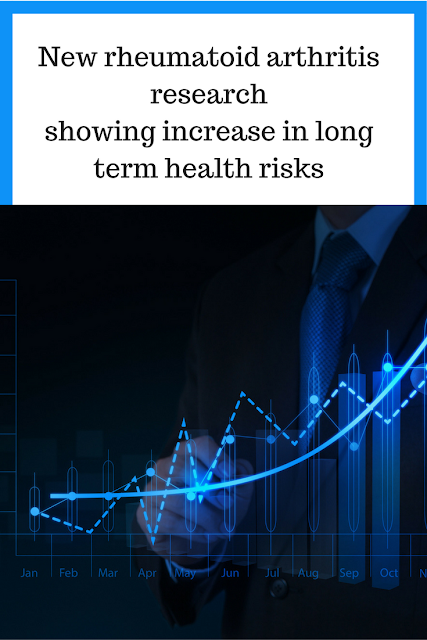 This large-scale population-based study shows that rheumatoid arthritis (RA) leads not only joint damage, but it increases the long-term risks of problems such as heart attacks and infections.

Multibiomarker disease activity (MBDA) test scores were analysed in US patients with RA. There were over 34,000 patients records involved in the research. Their mean age was 69 years and 79% of them were women. Medicare fee-for-service claims data from 2010–2014, was used for this research.


“Higher disease activity as measured by a panel of biomarkers was associated with higher rates of hospitalized infections, MI and CHD events. These findings add to the growing body of evidence that further strengthens the argument to strive for lower disease activity in RA,” in Annals of the Rheumatic Diseases. 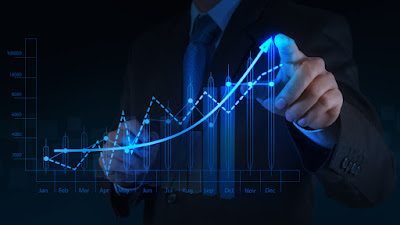 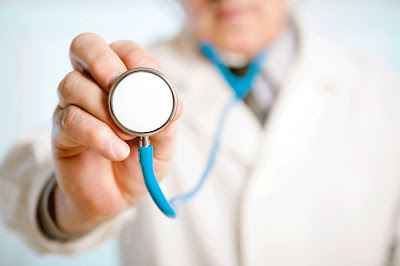 Results of a newly published study suggest that personalized medicine approaches may result in health behavior that may reduce RA risk.

We have gotten to the point where we’ve identified some modifiable behaviors that affect rheumatoid arthritis risk,” says Jeffrey A. Sparks, MD, MMSc, assistant professor of medicine in the Division of Rheumatology, Immunology and Allergy at Brigham and Women’s Hospital in Boston. “We have made a lot of progress in observational studies to identify risk factors for RA, and the next step is trying to target prevention strategies for those at risk.”

“What we found is that, overall, people are motivated to change those behaviors once they were educated about them using this novel, personalized RA risk calculator,” says Dr. Sparks. “Just the act of giving this RA risk calculator to first-degree relatives made them want to change those behaviors more than those that were receiving standard care in the comparison arm.”
“In practice, we know there are behaviors related to RA risk,” says Dr. Sparks. “We have shown that telling people about their risk for RA really does change behaviors—and for the better. Although this doesn’t directly address whether these interventions change a person’s risk, we know these are healthy behaviors from many aspects.”

Read the full article by Kurt Ullman at The Rheumatologist newsmagazine reports on issues and trends in the management and treatment of rheumatic diseases. 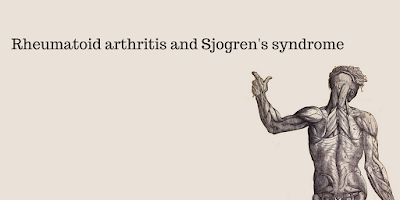 The basic symptoms are dry eyes and dry mouth but the list of symptoms is long and not everyone gets all of them.

In a 2013 study researchers found that RA patients with secondary Sjögren’s syndrome had distinct features that set them apart from those with RA alone:

Email ThisBlogThis!Share to TwitterShare to FacebookShare to Pinterest
Labels: Challenges, Symptoms
Older Posts Home
Subscribe to: Posts (Atom)
Rheumatoid arthritis is an autoimmune inflammatory type of arthritis. Find out all about it on this site. 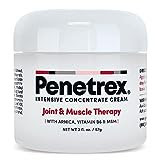